When George Lucas set out to create Star Wars: A New Hope, he borrowed themes, cinematic techniques, dialogue, and more from a breadth of films and filmmakers. Akira Kurosawa, however, is always the first name mentioned when it comes to Lucas’ cinematic influences. The Hidden Fortress (1958) is usually the first Kurosawa film cited as a direct influence on Star Wars; indeed, in 2010, the Digging Star Wars blog launched with an exploration of that classic. So it’s no wonder Star Wars: The Force Awakens (TFA) Production Designer Rick Carter knew the Kurosawa connection was crucial to Star Wars and a necessary source of inspiration. 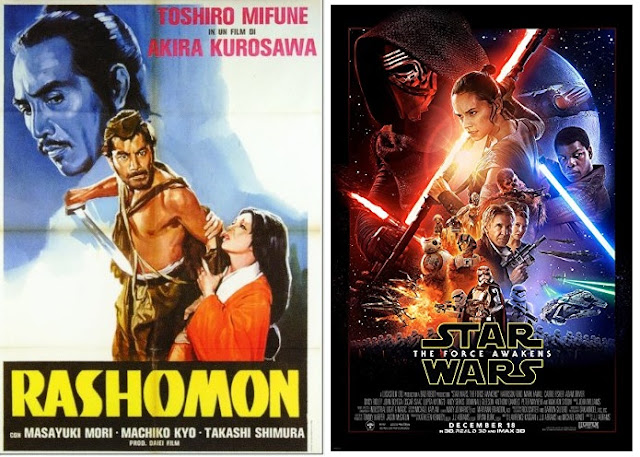 In his initial Star Wars: The Last Jedi (2017) visualization meeting on January 9, 2013, Carter gave a stack of random stills from Kurosawa films – including Rashomon (1950) – to concept artist Kiri Hart. Her job: reference the photos and paint images that depicted “Rey’s journey through her training with Luke Skywalker.” From costumes to settings to mood lighting, Rashomon and other Kurosawa works directly inspired Star Wars yet again. This is because Kurosawa – from his soft edge, scene-to-scene wipe transitions to his dirty, broken-world “immaculate reality” set design – is in the very DNA of Star Wars.

Before we explore its influences on Disney’s first Star Wars feature, here’s a little info on Rashomon and its renowned filmmaker…

Kurosawa. If you’re new to his work, Google him and you’ll quickly learn that he is “regarded as one of the most important and influential filmmakers in the history of cinema.” There is a ton of material on him – in both print and online – and rightfully so. He is the first Japanese director to receive international recognition and fame. He is one of the greats, and an inspiration to many filmmakers.


Rashomon was Kurosawa’s 13th directorial effort and won the top prize at the 1951 Venice Film Festival – kicking open the door for Japanese films to be marketed to, consumed in, and respected by the West’s film community. As imdb.com describes it, Rashomon tells the story of “The rape of a bride and the murder of her samurai husband” as “recalled from the perspectives of a bandit, the bride, the samurai’s ghost, and a woodcutter.” Here’s the trailer…

The film also introduced the world to Kurosawa’s great lead actor Toshiro Mifune, who is simply great in just about every role he plays.

For those who need a Star Wars: The Force Awakens (2015) refresher, here’s the trailer. Note how, like the one for Rashomon, it also references the importance of truth.

And now, LET THE SPOILERS BEGIN as we make the connections between these two films...

RUINED
When Star Wars: A New Hope first came on the scene in 1977, classic sci-fi fans were surprised that the Star Wars universe had dented, paint-chipped vehicles and scratched up robots and laser weaponry. Lucas referred to this look as a Kurosawa-inspired immaculate reality: utilizing settings and props that evoked a real, lived-in space as opposed to the shiny, perfect sci-fi future usually portrayed through gleaming silver spaceships, pristine sets, spotless costumes, and so on. After the prequels, in which Lucas himself used silver spaceships and pristine sets and costumes (perhaps to signify brighter, more prosperous pre-Empire times?), TFA Director J.J. Abrams thought it was time to get back to basics. TFA is populated with ruins, from Rey’s fallen AT-AT home to Maz Kanata’s crumbled-on-screen castle. Threepio walks around with a red replacement arm from a previous, off-screen adventure. The Millennium Falcon is still a piece of “garbage.” Everything – even the First Order weapons of mass destruction – is cobbled together.

The use of on-screen ruins is perhaps the strongest tie to Rashomon – a film named after its beginning and end location, crumbling temple ruins with a hanging sign reading “Rashomon.” Kurosawa has the camera revisit the sign at the beginning, middle, and end of the movie – along with multiple shots stressing the torrential rain our storytellers are avoiding as they sit and talk in the temple ruin. In one flashback telling of the Samurai’s death, the bandit convinces the Samurai to follow him deeper into the woods with the promise of treasure and swords he recently found in the ruins nearby.

INTO THE WOODS
Rashomon’s central conflicts – the rape of a Samurai’s wife, the swordfight between the Samurai and ruffian Tojamura, and the murder of the Samurai – all take place in the woods. Likewise, in The Force Awakens, significant events occur in the woods. Similarto Tojamura’s “taking” of the Samurai’s wife, Kylo Ren confronts and abducts Rey in the woods outside Maz Kanata’s castle on Takodana. The film’s climactic lightsaber battle between Finn, Kylo, and, ultimately, Rey is very similar to the variations of the swordfight in Rashomon. Although Kurosawa doesn’t have his film’s fight in the snow, the duel takes place among tall, thin Birch-like trees surrounding the men. They, like their Star Wars counterparts, keep hitting the trees instead of their opponent due to the tight fighting quarters. In one version of the Rashomon fight, the wife picks up a knife after the Samurai has fallen and attempts to attack the villain.

EMPIRE OF THE SUN
Suns have always been part of Star Wars lore from the first time Luke Skywalker stared into the twin sunset in A New Hope. And while TFA has its own desert sunset shot, it also amps up the role of stars with Starkiller Base – the mega-Death Star weapon that draws its power from a system’s sun to destroy multiple planets in one galactic shotgun blast of laser death. Rashomon also relies on the sun to spread evil, as bandit Tajomuru seems somehow connected to its extraterrestrial influence. Tajomuru blames the wind for waking him which, subsequently, causes him to see the leg of the Samurai’s wife and tempts him to crash their caravan. But while he lounges on the forest floor in the breeze – contemplating his future crime – he stares at the sun shining through the tree canopy. Throughout the movie – in the woods and at the trial – Tajomuru is often disconnected from the world around him, staring off into the sun – as if drawing power from it. My favorite Tajomuru staring at the sun moment is during the trial. While bound, Tajomuru’s captor addresses the jury (you) about Tajomuru’s guilt. After a minute or two, Tajomuru stops staring at the sun and looks to camera and laughs maniacally. Just eerie.

TRUTH = FAMILY
On the red carpet at TFA’s premiere, Lucas said that Star Wars is a family story about what one generation leaves for the next. TFA clearly followed suit. In the small village raid that opens the film, Kylo Ren interrogates Lor San Tekka, a wise elder played by Max von Sydow. Before Ren kills him, Lor San Tekka states “You cannot deny the truth that is your family.”

What really happened in the woods and, more specifically, who is to blame? Rashomon is a relentless, tortuous search for truth. Rain traps three characters – a priest, a woodsman, and a snarky thug – in a ruin, affording them the time to recount the testimonies given in court. One of them, the priest, is deeply troubled by this search, claiming it has taken away his faith in humanity. At the end of the film, we realize we’ll never know for sure who motivated the killing of the samurai and that “evil is everywhere.” And, just when you think that’s all there is to the story of Rashomon, the three men trapped in the temple discover an abandoned baby. The priest and woodsman save the baby from the thug – who takes the clothes and anything of value left with the infant. Once the baby is saved, the priest offers to take it to his own temple but the woodsman stops him, saying he’ll adopt the baby. After all, he already has six children of his own, so “What’s one more?” This selfless act restores the priest’s faith in humanity and, basically affirms that the one truth we can rely on is family.

Rashomon’s abandoned baby is the last link to The Force Awakens – in which a main character waits years for her parents to return. While Rey may or may not officially be an orphan, we don’t know who her parents are and, like the baby, she has been abandoned in the ruins of Jekku.

Last Jedi did little to tell us of Rey’s family. Let’s hope Episode IX brings closure to this mystery.

For more about Rashomon, read this TCM article: http://www.tcm.com/this-month/article/136021%7C0/Rashomon.html

Check out our very first Digging Star Wars entry and listen in on the Star Wars connection to Kurosawa's The Hidden Fortress. 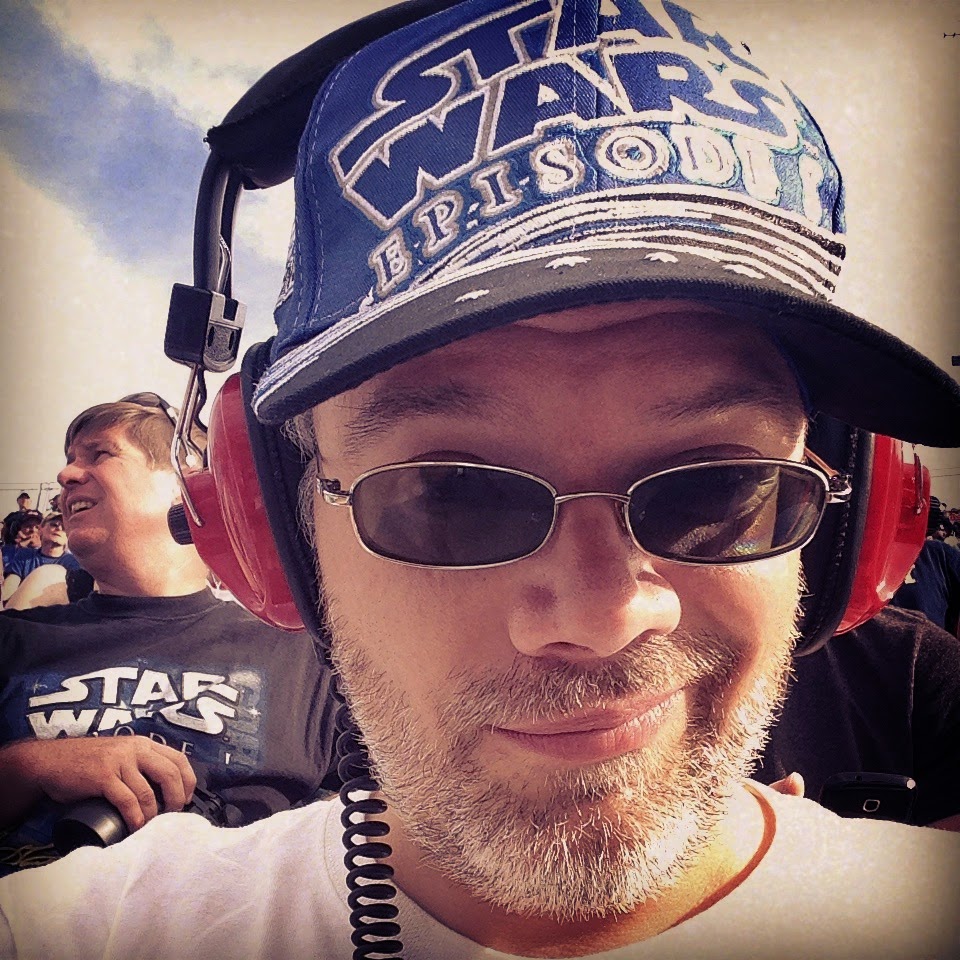 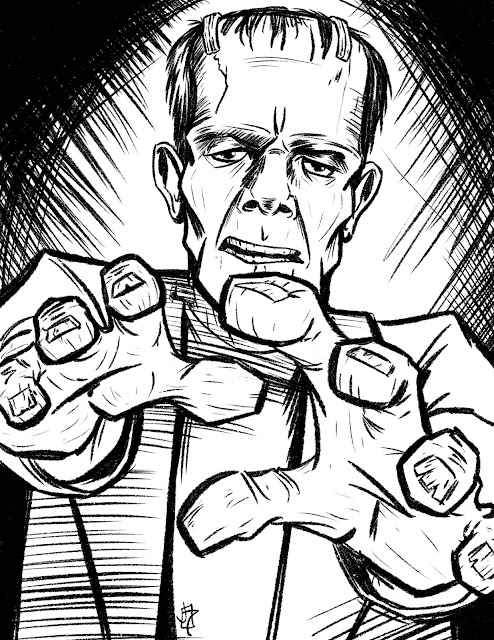